The mihrab is considered as one of the religious rituals of Muslims, which is built in a concave shape and is the vanguard of the mosque for congregational prayers. the mihrab carpet for mosque is decorated with flowers and shrubs as well as other geometric shapes such as the medallion, which shows a wonderful combination of Iranian and Islamic art.

First of all, we invite you to watch the following few seconds video to understand the differences between the mihrab and non-mihrab carpets for musalla:

Types of mihrab carpet for mosque

The types of mosque carpet roll designs that have a mihrab can be divided into two categories in terms of the amount of patterns used inside it: simple mihrab carpet and crowded mihrab carpet (full of patterns).

Inside this mihrab carpet for mosque is usually very simple and without any patterns or has just a medallion in the middle of the mihrab, examples of which you can see below: 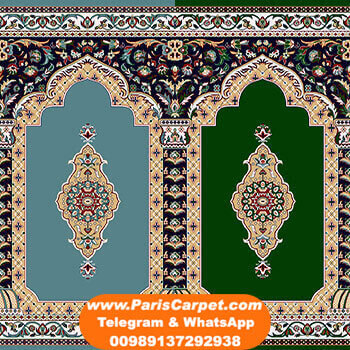 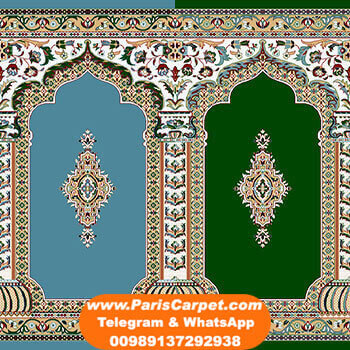 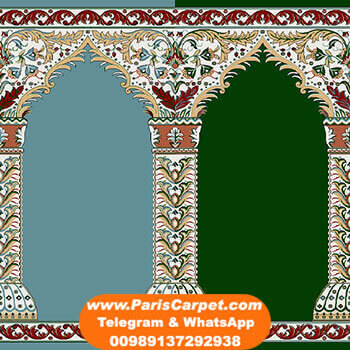 Inside this mihrab masjid carpets, many patterns and motifs are used, including flowers and plants, which are very common in Iranian carpets (especially original and handmade carpets) and are known as Afshan designs; Here are some popular examples of these crowded mihrab carpets: 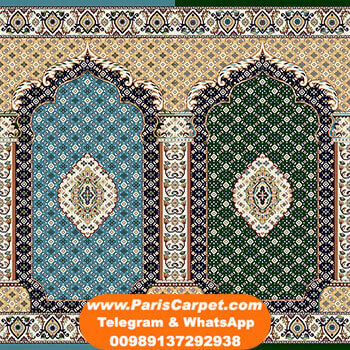 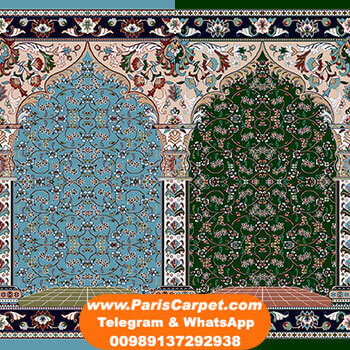 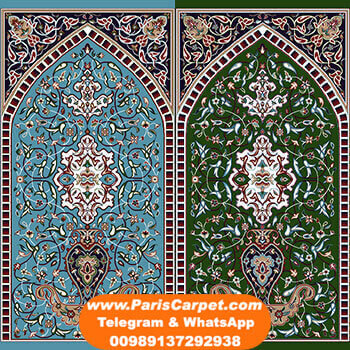 All designs of mihrab carpet

In the following, we have put all the mihrab carpet designs of Sobhan factory (Soraya Kavir Kashan Carpet Industries) together with three best-selling colors for you to have an accurate choice.

Of course, keep in mind that despite the variety of designs and their suitability for all tastes, you may still have another design in mind that you have no worries about; Our company has expert designers and you can see the map of your design by sending a suitable photo, and we will weave the carpet of your mosque by approving the final design.

Pros and cons of mihrab carpet

Among the advantages of the mihrab mosque carpets, we can mention the same order, arrangement and distance between the worshipers, so that each mihrab is only for one worshiper and compared to non-mihrab carpets, it creates better organization and decoration in mosques and prayer halls.

One of the disadvantages of this carpet is that it has more discrepancy than non-mihrab rugs; When weaving, a complete mihrab design should be woven, but when installing in the masjid, some of the last mihrab of the carpet should be cut.

You can see some examples of woven mihrab carpets of Sobhan Carpet Factory in the following, which were installed by the factory’s installer in a completely suitable way for the mosque and the necessary cuts and embroidery were done for the columns: 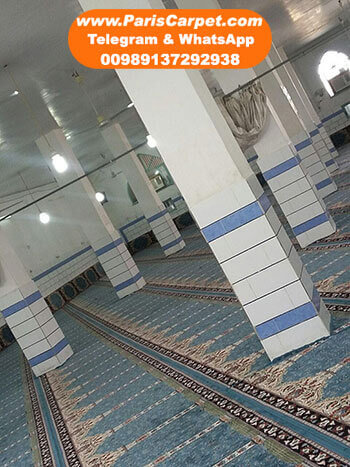 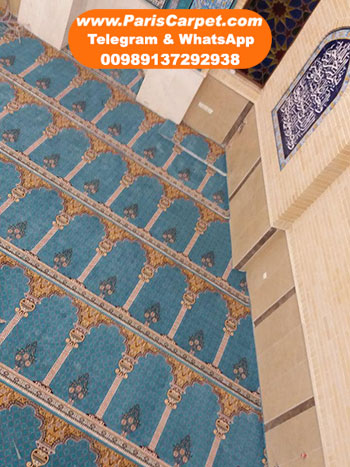 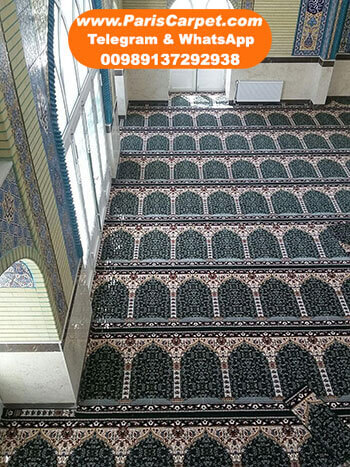 Mihrab is a view of Islamic art

In fact, the mihrab indicates the direction of the qibla and the prayer leader (Imam of the congregation) stands in it when the prayer is performed. Literally, the mihrab word has several meanings, among which we can mention the top of the house or the top of the house as the most honorable place of worship. Others believe that the mihrab word is derived from the three-letter root “war” meaning to fight; From this point of view, the mihrab can be considered a battlefield, which is a place for man to fight with the devil. 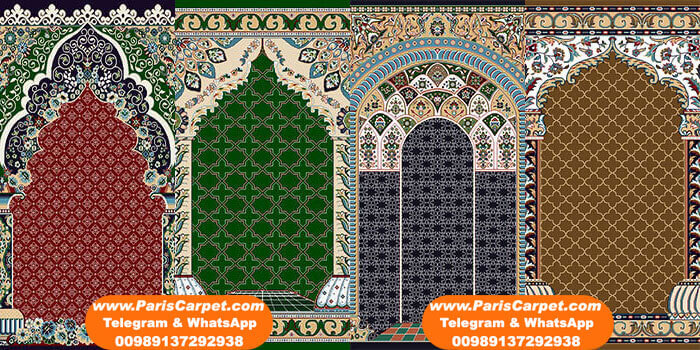 Other designs of carpets for masjid

In general, mihrab designs are the most popular and best-selling designs of mosque carpets, but 2 types of rugs without mihrab are also woven, which have their own fans: (By clicking on any of the following items, you can see the designs related to that type of carpet)

The yarn of mihrab carpets

Mihrab carpets are produced with different yarns; It is woven with the lowest quality of yarn material such as BCF and polyester to the best quality of yarn, ie acrylic fibers (Note: carpets with acrylic yarn have the highest price of carpets). For a complete acquaintance with the types of yarns in the texture of machine woven carpets, you can click on the button below:

See this article in the original language: https://pariscarpet.com/farsh-mehrabi/